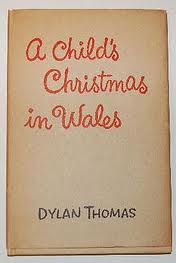 A Child’s Christmas in Wales by Dylan Thomas is a deep exercise in nostalgia, one of the great evocations of childhood as idyll.  Originally inspired by a sketch written for the BBC in 1945 called “Memories of Christmas,” five years later Thomas expanded it, incorporating some sections of a 1947 essay, which resulted in its current form, published in Harper’s Bazaar in 1950.  During his 1952 tour of America, while staying at the infamous Chelsea Hotel, he was approached by two recent graduates who believed there was a market for recorded poetry.  Unable to find backers, the two women funded the project themselves, under their new company, Caedmon Audio.  Thomas appeared drunk and unprepared for the reading, but over time the record became popular, and is credited with launching the audiobook industry.  A Child’s Christmas in Wales became one of Thomas’ most popular works.

Last weekend I heard the book read aloud by Abraham Schechter in the cozy library of the Irish Heritage Center in Portland.  Abraham is a photographer, poet, speculator and librarian who maintains a picturesque and thoughtful blog called La Vie Graphite.  It was delightful, and authentic Welsh pastries were served.  The presentation included Abraham singing a lovely Welsh lullaby, accompanied by guitar, and a slideshow of Abraham’s trip to Wales, where he and his wife had the good fortune to stay in Dylan Thomas’ house.  Happily, Abraham is the kind of writer who brings his own portable typewriter with him on a trip to Wales.

I am enthralled by Dylan’s poetry, which resonates throughout this short fictional memoir, rescuing it from schmaltz through such airborne passages as:

Hearing the work read aloud brought the rhythms and descriptiveness into rich and pleasurable focus.  As new snow billowed through the frozen air outside the historic church, the past and present merged and blurred as we sat quietly receiving a great gift of  imagination and artistry, transmitted across the decades to us.

“And on Christmas morning, with dog-disturbing whistle and sugar fags, I would scour the swatched town for the news of the little world, and find always a dead bird by the Post Office or by the white deserted swings; perhaps a robin, all but one of his fires out. Men and women wading or scooping back from chapel, with taproom noses and wind-bussed cheeks, all albinos, huddles their stiff black jarring feathers against the irreligious snow. Mistletoe hung from the gas brackets in all the front parlors; there was sherry and walnuts and bottled beer and crackers by the dessertspoons; and cats in their fur-abouts watched the fires; and the high-heaped fire spat, all ready for the chestnuts and the mulling pokers.” 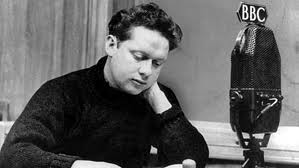 “. . . in the face of all dangers, in what may seem a godless region, we move forward through the agencies of love and art.” ― Mark Doty

Living on the Edge in Portland, Maine. This is the site they don't want the tourists to see.

Making The Work I Want To Make

Nature's nuances in a nutshell